The exciting life of a movie star...

I am currently reading:

Agile Artist: Life Lessons From Hollywood and Beyond
by Colin Egglesfield
tagged: currently-reading 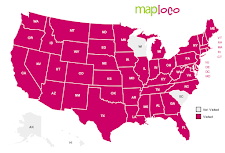